Ralph MacPhail, Jr., was born in Arlington, Virginia, “a many years ago,” as Little Buttercup sings, and when he was a lad his father first exposed him to Gilbert & Sullivan by singing songs from The Pirates of Penzance and Ruddigore.

He received a B.A. in English from Bridgewater College in Virginia, served in the U. S. Army in Viet Nam, and then took his Master of Fine Arts Degree in Theatre (Directing Emphasis) from Virginia Commonwealth University. 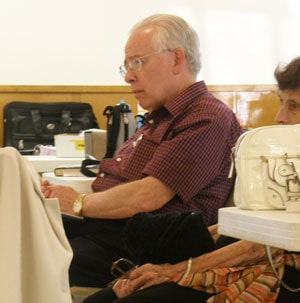 In 1972, he returned to his alma mater Bridgewater College as Instructor of Theatre, Speech, and English and Director of Theatre, and retired as Professor Emeritus in May of 2005. During that time he directed 66 full-length plays and musicals at the college and many smaller productions as well.

In 1966, the original Gilbert & Sullivan troupe, the D'Oyly Carte Opera Company, visited Washington, D.C., and MacPhail saw three productions in one week. "My life hasn't been the same since," he admits, "for I was totally smitten with the colorful, tuneful, and traditional productions, and I promptly began seeking books and records (and anything else for that matter) connected with 'G&S'."

Five years later he put his new scholarship (and library) to work as a part of his Master of Fine Arts thesis project at Virginia Commonwealth University; it consisted of productions of the full-length version of Sir Arthur Sullivan's first comic opera Cox and Box and Sir William S. Gilbert's Shakespearean burlesque Rosencrantz and Guildenstern. (The Cox and Box research was subsequently expanded and published in 1974 in a small monograph on the history of Sullivan's comic opera and the farce that formed its basis. The Rosencrantz and Guildenstern research was subsequently expanded and presented as "Bab and the Bard: Gilbert's Rosencrantz and Guildenstern" at the W. S. Gilbert Sesquicentennial Conference at M.I.T. in 1986.)

MacPhail directed six productions of Savoy operas at Bridgewater College, but most of his "G&S" directorial work has been done for other theatres: Oak Grove Theatre, the Shenandoah Valley Choral Society, the Richmond Opera Company, Barksdale Theatre, the Gilbert & Sullivan Society of Northwest Louisiana, the Virginia Commonwealth University Opera Theatre, and Gilbert & Sullivan Austin, for whom he directed all but four of their major productions between the summers of 1998 and 2019. In the fall of 2005, he was named GSA’s first Artistic Director.

Scholarship has taken him to the Gilbert & Sullivan Archive the Pierpont Morgan Library in New York, Sir Arthur Sullivan's Diaries at the Beinecke Rare Book Library at Yale, the W. S. Gilbert Papers at the British Library, and (thanks to the permission of the Late Dame Bridget D'Oyly Carte) the D'Oyly Carte Opera Company Archive at the Theatre Museum in London. "It was indeed a moving experience to take notes from the 1885 promptbook for the original production of The Mikado--and to compare this resource with the promptbooks subsequently used in revivals and by touring companies in the decades that followed," he notes. Dame Bridget also made available the brittle and yellowing Company "press books" containing original reviews--gold mines of specifics regarding the original production. 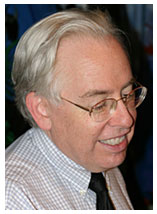 Other scholarly activities include an invitational book review of Harold Orel's Gilbert & Sullivan: Interviews and Recollections for English Literature in Transition: 1880-1920 and the "Gilbert & Sullivan" entry for G. A. Cevasco's The 1890s: An Encyclopedia of British Literature, Art, and Culture. During the several years, he has reviewed three Gilbert & Sullivan-related book proposals and manuscripts for Oxford University Press, and his endorsements appear on the dust-jackets of two of these books (and another published by Associated University Presses of London, Canada, and the U.S.).

The Mikado has continued to be the focus of MacPhail's research. In addition to annotating the original 1885 libretto, he has given much attention to The Swing Mikado (the 1938-39 "black" production by the Federal Theatre Project), The Hot Mikado (producer Michael Todd's competing production), and The Red Mikado (Harold Rome and Joseph Schrank's satirical sketch on these two productions which formed a part of the long-running revue Pins and Needles). The results of this research were shared at the Basingstoke! Gilbert & Sullivan conference at West Chester University and before a more diverse audience at the Federal Theatre Festival at the Institute of New Deal Culture, George Mason University. Subsequently, he shared his researches on these shows at the first Gilbert & Sullivan Festival Symposium in Buxton, England; with the Gilbert & Sullivan Society of London; and more recently at the Rush Rhees Library at the University of Rochester. In retirement, MacPhail hopes to pull all of these scripts and their histories together for a book called The Mikado: Red, Hot, and Swing!

His interest in The Mikado has led to interesting adventures and surprising phone calls. He was invited by the Curator of the Gilbert & Sullivan Collection at the Pierpont Morgan Library in New York to help with the initial selection of treasures to form the basis for the 1985 exhibition "The Mikado: A Centenary Celebration," and one day he received a call from director Peter Sellars who was planning his contemporary interpretation of The Mikado for the Lyric Opera of Chicago. Several years ago, British film director Mike Leigh's researcher Rosie Chambers called MacPhail from London seeking information on the original production of The Mikado while preparing background information for Topsy-Turvy, Mr. Leigh's acclaimed film on Gilbert & Sullivan and their sometimes-tempestuous creative process.

More recent Mikadoings include staging the comic opera for the Virginia Commonwealth University Opera theatre in Richmond, Virginia, during the spring of 2008, and recording in Los Angeles an on-camera interview for the Criterion Collection 2011 release on DVD of the 1939 film of The Mikado. (He also provided Criterion with vintage images from his collection to illustrate the supplements to this release and the concurrent release of Mike Leigh's film Topsy-Turvy.) 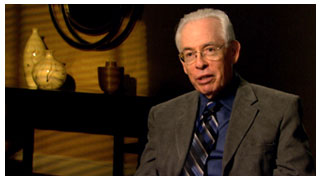 MacPhail also carries on an extensive correspondence with Gilbert & Sullivan scholars, performers, collectors and enthusiasts throughout the English-speaking world. And for five years in the 1990s he hosted SavoyNet, the International Gilbert & Sullivan Internet Bulletin Board, from the information technology center at Bridgewater College.

MacPhail taught Gilbert & Sullivan Elderhostel courses for five years at Bridgewater College in the 1980s, and, for fifteen years, taught Gilbert & Sullivan Road Scholar (Elderhostel) Courses at Incarnation Center in Ivoryton, Connecticut. After that program closed, he carried the Road Scholar torch for three years at the Warwick Center in Warwick, New York. Since retiring from Bridgewater College, he also traveled to Medford, Oregon, three times to teach such courses at Rogue Valley Manor. He lectured on The Mikado at the University of Michigan for the Fulbright Society, and closer to his home--two blocks away, in fact--he taught a course for the local Lifelong Learning Institute on H.M.S. Pinafore. He also enjoys making informal presentations to local community groups interested in the Savoy operas in Virginia--and Texas.

In February 1999 he spoke at the Metropolitan Museum of Art in New York on the Gilbert/Sullivan/D'Oyly Carte collaboration--the last of a series of three lectures celebrating the 75th Anniversary of New York's Blue Hill Troupe. This led to an invitation to return to New York several weeks later to participate in a symposium on updating Gilbert & Sullivan. The symposium was a part of the New York Gilbert & Sullivan Players' 25th anniversary, celebrated on Broadway at Symphony Space.

In May of 2010, he delivered the first Jay Newman Memorial Lecture on Gilbert and Sullivan at the Pierpont Morgan Library at the invitation of the Gilbert & Sullivan Society of New York. The next day he returned to Austin to begin staging The Yeomen of the Guard, which received seven B. Iden Payne Award nominations, including Outstanding Production of Music Theatre and Outstanding Director of Music Theatre. Between performance weekends of The Yeomen of the Guard in Austin, he flew to Shreveport to refresh his production of Gilbert’s Sweethearts, originally staged in 2009, for production in Louisiana before being transported to the North American leg of International Gilbert & Sullivan Festival in Gettysburg, Pennsylvania, where it was a featured production of the “Fringe” series. 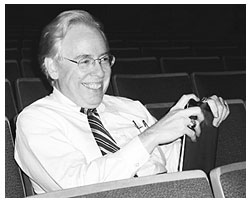 At the Gettysburg Festival in 2011, MacPhail led pre-performance discussions before the main-stage productions, and he organized and hosted “Papers, Presentations and Patter: A Savoyards’ Symposium,” which featured 14 speakers on a variety of Gilbert & Sullivan-related topics. Following the Symposium, he edited the proceedings, which were published during the spring of 2012 (and which are available for purchase at www.Lulu.com).

In 2014, he assumed editorship of Harry Benford's Gilbert & Sullivan Lexicon; Ted Spencer converted the text into an online (and updatable) reference and gave it a home at www.gsopera.com/lexicon.

In addition to directing and scholarship, MacPhail has built an extensive collection of memorabilia connected with Gilbert & Sullivan. He exhibited items from his collection and gave two presentations at the Gilbert & Sullivan Collectors' Symposium and Showcase at the State University of New York, Purchase. He is in the process of transferring this collection to the Lawrence and Lee Theatre Research Institute at the Ohio State University Library where it will become available for study in the indefinite future. 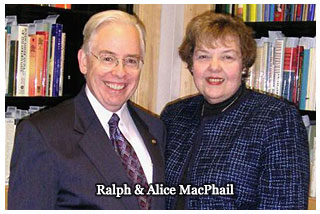 Ralph MacPhail, Jr., lives in the Bridgewater Retirement Community with Alice, his college sweetheart, whom he married in 1968. Their son, Alexander, who graduated from Bridgewater College in 1997, is an Episcopal priest; he and his wife, the Reverend Karin MacPhail, are parents of Peter Alexander and Margaret (“but call me Maggie”) Alice. Alexander is a third-generation Savoyard, who studies and sings Gilbert & Sullivan as if to the manner born, for indeed he was! He also shares another hobby with his father: he enjoys performing as a magician. He leaves, however, the collecting of Howdy Doody memorabilia to his dad.